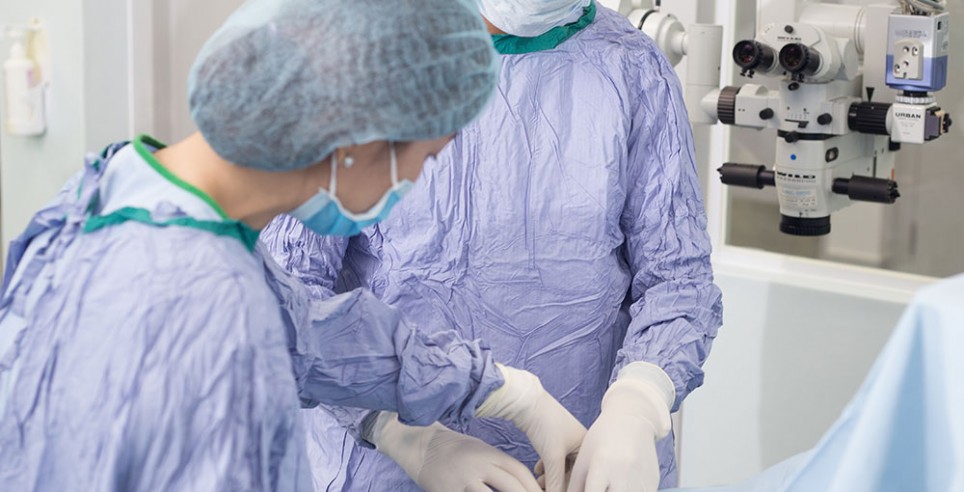 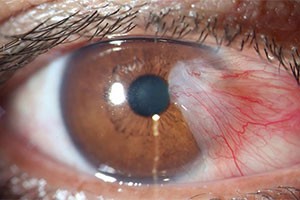 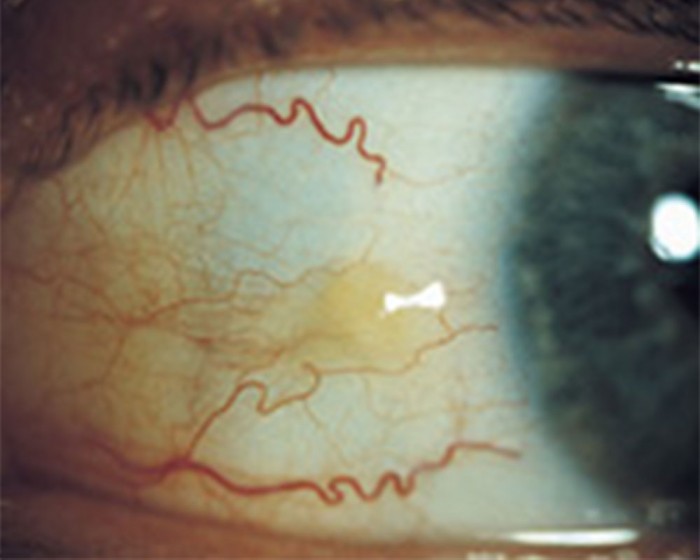 A pinguecula is a yellowish patch or bump on the conjunctiva, near the cornea. It most often appears on the side of the eye closest to the nose. It is a change in the normal tissue that results in a deposit of protein, fat and/or calcium. It is similar to a callus on the skin.

A pterygium is a triangular-shaped growth of fleshy tissue on the white of the eye that eventually extends over the cornea. This growth may remain small or grow large enough to interfere with vision. A pterygium can often develop from a pinguecula.

Some pterygia may become red and swollen on occasion, and some may become large or thick, making you feel like you have something in your eye. If a pterygium is large enough, it can actually affect the shape of the cornea’s surface, leading to astigmatism.

A pinguecula usually has few symptoms, however, if it becomes irritated, you may feel as if you have something in your eye. In some cases, pingueculae become swollen and inflamed. Irritation and eye redness may occur, particularly if you are significantly exposed to sun, wind, dust or a very dry environment.

With a pterygium, some people may have no symptoms other than the growth appearing. For others, especially those who have a pterygium that is growing, there can be redness, inflammation or both.

Other symptoms may include:

Pterygia and pingueculae generally don’t require treatment until symptoms are severe enough. When pingueculae or pterygium become red and irritated, lubricating eyedrops or ointments or possibly a mild steroid eye drop may be used to help reduce inflammation.

If these growths become large enough to threaten sight or cause persistent discomfort, they can be removed surgically by an ophthalmologist in an outpatient procedure. They are also sometimes removed for cosmetic reasons.

For milder pterygia, a topical anesthetic can be used before surgery to numb the eye's surface. Your eyelids will be kept open while the pterygium is surgically removed. After the procedure, which usually lasts no longer than half an hour depending on the type of surgery done to remove the pterygium, you likely will need to wear an eye patch for protection for a day or two. You should be able to return to work or normal activities the next day. Note that pterygium removal can cause astigmatism or worsen the condition in people who already have this refractive error.

After removal of the pterygium, steroid eye drops may be used for several weeks to decrease swelling and prevent regrowth.

Despite proper surgical removal, pterygium may return. In fact, the recurrence rate is between 30 and 40 percent, and is more likely among people under age 40. To prevent regrowth after surgery, your ophthalmologist may suture or glue a piece of surface eye tissue onto the affected area. This method, called conjunctival autografting, has a low recurrence rate. Medications that prevent tissue growth are sometimes used to help prevent recurrences of pinguecula or pterygium.

The best way to avoid recurrence of pinguecula or pterygium after treatment is to limit exposure to the environmental factors that contribute to their growth.

Apply artificial tears to your eyes in dry conditions. 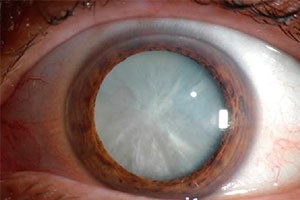 A cataract is a clouding of the normally clear lens of your eye. For people who have cataracts, seeing through cloudy lenses is a bit like looking through a frosty or fogged-up window. 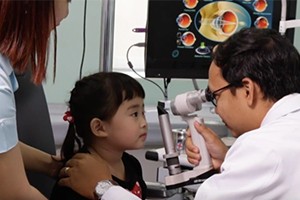 Did you know most eye problems can be fixed if treated early?

If a child has poor eyesight it can have a serious impact on his development and education. That's why it's so important to hav 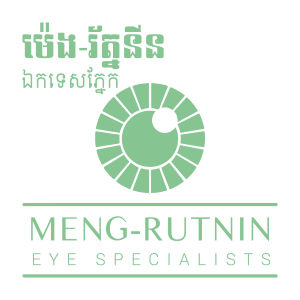